Khalifa means Successors which have continued in all times, but we are told that there were only four (4) Khalifas / Successors in history and Khilafat / Succession stopped after that. However The Quran reveals differently from what is taught in history. This lecture explains from the Quran that Khilafat / Succession continues in all times and is passed down to among those who inherit the Book, who are establishing the Salah / Prayer, holding fast to the Book (and its lessons) and teaching others and giving lessons from The Book. Anyone who does this is appointed by Allah as a Khalifa / Successor, and it is only Allah who can appoint Khalifas / Successors, and they are identified through the Quranic ayats / verses and through their character and practices. Others in the world who are claiming to be Khalifas / Successors can be easily identified through the verses if they are true or false, and in light of the Quranic verses self-proclaimed Khalifa / Successors are not from Allah. A lecture that is a must see for those who want to know how to become a Khalifa / Successor in Allah’s sight.

POINT DISCUSS IN THIS LECTURE

In Islam whirling on Sufi music, dancing on Nasheeds & religious songs is not Zikr of Allah?

Is Dawood pbuh not the Khalifa of mankind, and did not the Khilafat continued? 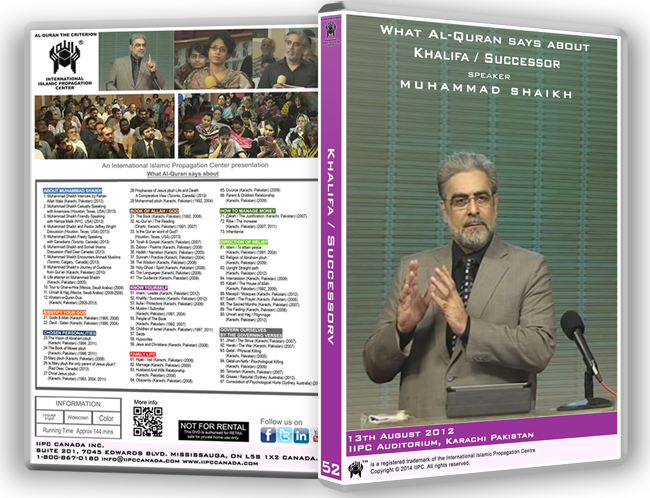