Skip to content
Home
|
Is Mary (pbuh) the only parent of Jesus (pbuh)?

Is Mary (pbuh) the only parent of Jesus (pbuh)?

The single most controversial topic from the Quran, that has remained controversial (since throughout our known history) and is a source of many misconceptions and misunderstandings in Christianity and traditional Muslim communities, is the status of Mary (pbuh) as the single parent of Jesus (pbuh). This lecture successfully uses only the Quranic ayats / verses to analyze and decode the mystery surrounding the birth of Jesus and his genealogy (because only our creator and author of the Quran can truly answer and clarify the truth regarding this topic). This lecture requires the viewers to listen carefully to how the Quran reveals the truth behind the status of Mary (pbuh) and birth of Jesus (pbuh). Also, this lecture highlights the honor bestowed upon Mary (pbuh) by Allah in the Quran, which is hardly known by those people who are unaware of the Quranic ayats / verses. This honor is especially important to keep in mind because people who are unaware of the true essence of the Quranic ayats have been trying to honor Mary in false ways (that goes against Allah’s nature and nature of all things He has created) by equating the birth of Jesus (pbuh) to some kind of magic or some supernatural miracle. The true source of these false explanations are based on the fact that until this lecture by Muhammad Shaikh no one truly pondered on the ayats / verses of the Quran and put their complete trust on Allah to explain this miracle, which fits within the nature of all things found in God’s creation. It is truly a miracle and a remarkable revelation from the Quran that needs our full and careful attention, otherwise we may miss the spirit with which it comes to us.

POINT DISCUSSED IN THIS LECTURE

Was Jesus PBUH born in summers or winters by Muhammad Shaikh 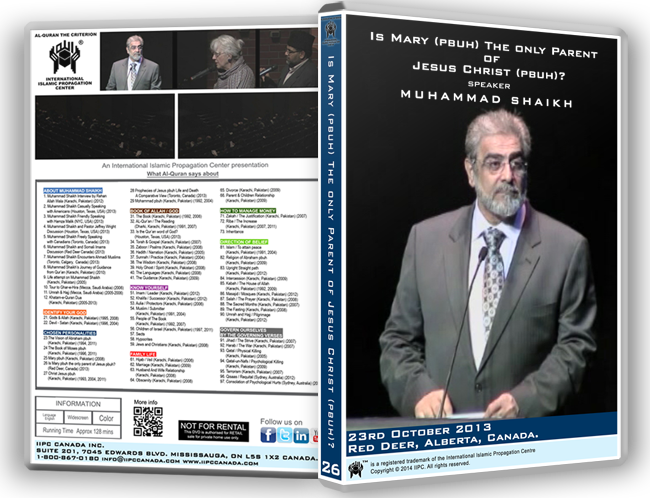