This is a lecture that elaborates on previous lectures given on the topics “What Al-Quran says about Al-Kitab / The Book,” “What Al-Quran says about At-Taurah / The Law and Al-Injeel / The good News,” “What Al-Quran says about Kitab-e-Moosa / Book of Moses (pbuh)” and “What Al-Quran says about Al-Quran / The Reading.” Generally in the Muslim community these Arabic words “Alwah / Tablets,” “Suhuf / Pages,” “Zaboor / Pieces” (mentioned in the Quran) are related to revelations previously given to mankind before Quran, hence implying Quran as a later revelation (like an updated incorruptible version as the previous revelations were lost or had been corrupted by mankind) given to Arabs in history only1400 years ago. This lecture fully describes with irrefutable evidence from the Quranic verses as to what are Alwah / Tablets, Suhuf / Pages, Zaboor / Pieces mentioned in the Quran and where can they be found, further establishing the truth of the previous lectures given in this series (mentioned above). Needless to say this lecture should be watched in conjunction with the lectures mentioned. 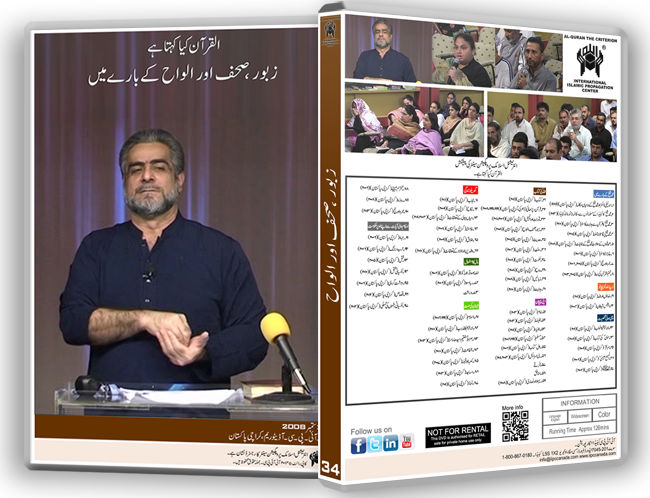