Skip to content
Home
|
Life Attempt on Muhammad Shaikh in (2005)

Life Attempt on Muhammad Shaikh in (2005)

In 2005 there was a failed life attempt to assassinate Muhammad Shaikh by someone opposed to the teachings of the Quran and what Muhammad Shaikh was propagating. The assassin was able to fire a couple of shots at him while he was presenting ayats to a visitor in his center. One of the bullets wounded Muhammad Shaikh passing through his face from right side above his jaw and breaking eight (8) of his lower jaw teeth and damaging some nerves. This was an attempt to stop his work, but after this incident it further strengthened Muhammad Shaikhs resolve to bring Allahs verses and what He has revealed to the masses. This video was made after Muhammad Shaikhs recovery (physical and psychological) with the help of Allah for the purpose of reaffirming (to everyone including those who oppose him) his resolve to continue the dawah/propagation work. This video was made also to make sense of that incident in light of the verses in order to provide psychological consolation for all those affected by this incident including of course Muhammad Shaikh himself. 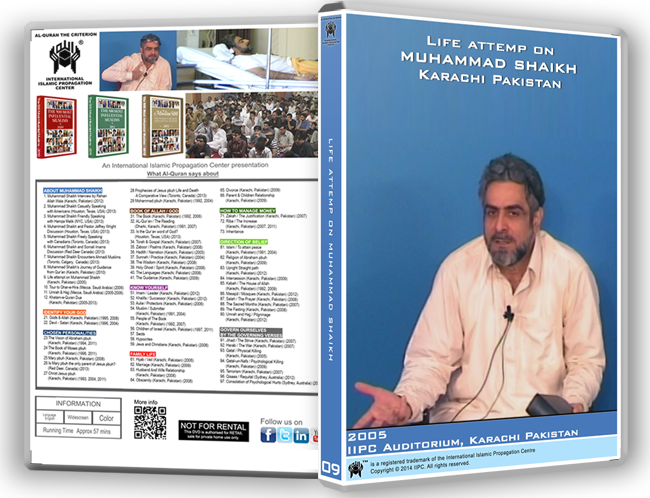