Over the years from when Muhammad Shaikh first started his Islamic Dawah / Propagation in 1980’s, he has had countless interactions with individuals and groups from around the world. However, very few of these interactions have been captured on video. From his trip to USA and Canada in 2013 this is one such interaction with two Somali Imams / Leaders from local mosque in Red Deer Canada. As with any religious discussions, topics tend to change frequently, but what will be an amazing fact the viewers will see (especially those who have seen Muhammad Shaikh’s lectures) is that the message on all the topics from Muhammad Shaikh has always remained the same over all these years. The general theme of the discussion in this occasion is the singularity of Allah’s Book for ALL times (past, present and future) and the implications of that on traditional historical views on Salah / Prayer, Fasting, Hadith / Narrations and other related topics, which are typically raised by people when confronted with this theme.

POINT DISCUSSED IN THIS DISCUSSION 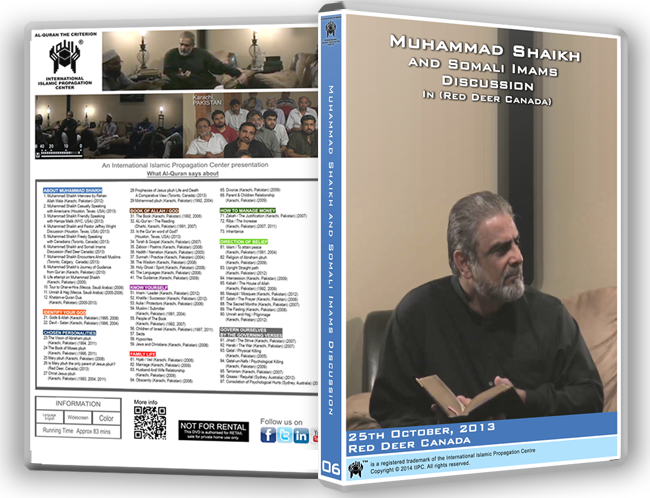