In this video presentation, clips from Muhammad Shaikh’s lectures related to the life cycle of Jesus son of Mary (pbut) are shown, along with the main discussion with Ahmadiyya Muslims in Toronto Canada. The Ahmadiyya Muslims, who share similar views about death of Jesus with what is mentioned in the Quran, but have mixed their own contradictory concepts of prophet-hood, are seen here trying to represent those concepts during a question/answer session and in an after session. Muhammad Shaikh is also seen answering their questions, refuting their arguments and presenting the truth with evidence from the Quran.

POINTS DISCUSSED IN THIS DISCUSSION 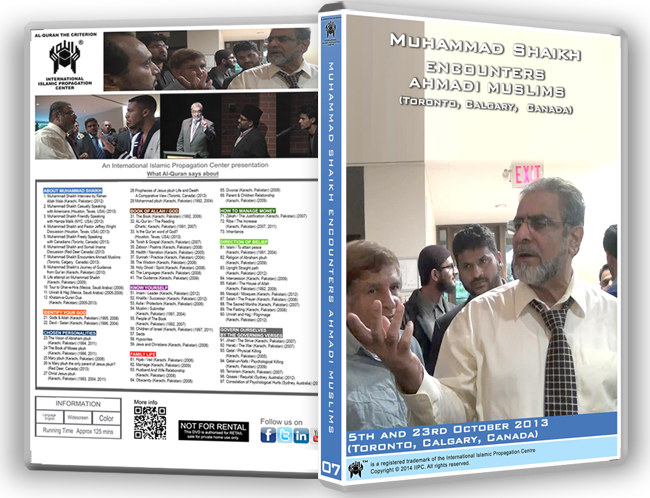