In 2013 Muhammad Shaikh visited America & Canada, and while he was in Houston TX he was invited as a guest by American the founder of openburhan.com (which is a site for online translations and general research of Quran) to his home for a general discussion. Among the participant guests were American converts to Islam who had viewed some of Muhammad Shaikh’s lectures previously but had never met him personally. There were many topics discussed based on the lectures delivered by Muhammad Shaikh and publicly available online. Some of the topics included Jesus, and his miraculous birth mentioned AND explained in the Quran, language of revelation, husband and wife relations and many others. Viewers are advised to view the full lectures on these topics before or after seeing this discussion so they are able to fully grasp the understanding of the topics mentioned.

POINT DISCUSSED IN THIS DISCUSSION 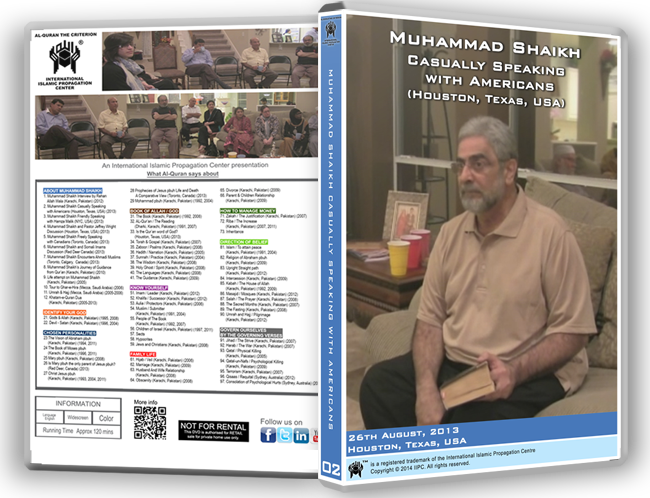