During a tour of North America (USA & Canada), Muhammad Shaikh had the opportunity to be invited as a guest speaker in public and private settings. This is a discussion recorded between Muhammad Shaikh and a sect who call themselves ” Pervaizi Muslims ” in a private setting on topics that Muhammad Shaikh had delivered over 25 years. These topics range from the Singularity of Allahs’ Book in all times, Birth of Jesus & status of Mary (pbut) to the location and status of Masjid-al-Aqsa according to the Quran and many more, all of which will be surprising to people who have not had the opportunity to read the Quran in depth with translation, ponderance and guidance from Allah. Also, these discussion will act as an educational tool to Muslims in presenting the message of Allah without getting into unnecessary arguments, and with logical step by step exposition from the Quranic verses to establish the truth. 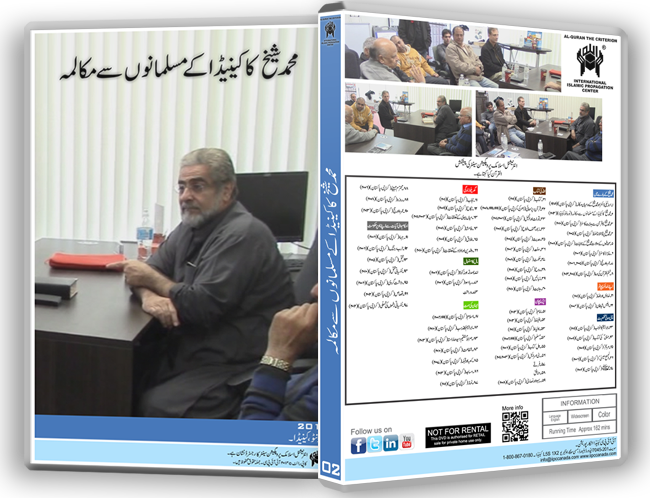